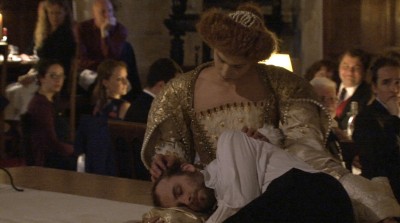 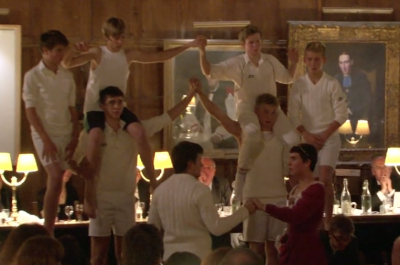 On September 12 – 13, the University of Fribourg hosted the Fourth SAMEMES (Swiss Association of Medieval and Early Modern Studies) International Conference on Drama and Pedagogy, an event which brought together an exceptional field of participants, including some of the leading scholars in the field: plenary lectures were given by Professor Lynn Enterline (Vanderbilt), Professor Alan H. Nelson (UCLA, Berkeley), Professor Michelle O’Callaghan (Reading), and Mr Perry Mills (King Edward’s School, Stratford). The fifth keynote speaker, Professor John McGavin (Southampton), was sadly unable to attend the conference in person, but his paper was superbly delivered by Professor Margaret Bridges. 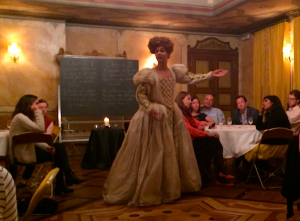 A unique feature of the conference was an evening reception at , which included a performance of William Gager’s Dido, a play written and first staged by the students of Christ Church, Oxford, in 1583. (Information about EDOX’s staging of the play in its original location can be accessed here.) The Fribourg production, directed by Elisabeth Dutton and translated from the Latin by Lizzie Sandis, was presented by an all-male company, which included actors from Oxford as well as students from Fribourg. It was an arresting focal point for the conference attendees, many of whom had not before seen early modern plays performed (as originally) by all male casts, and most of whom had not previously seen a university play presented. The evening was thus not only a highly enjoyable interlude, but also an academically stimulating and memorable occasion, which furnished stimulating and insightful conversation. (The images here are taken from performance and rehearsal respectively.) 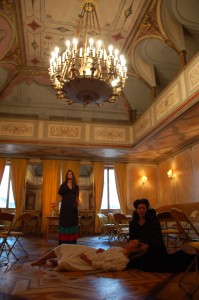 Elisabeth Dutton and James McBain are currently editing a volume of essays developed from selected papers at the conference. The work will be published by Gunter Narr in 2015 as a guest issue of the refereed journal, Swiss Papers in English Language and Literature (SPELL).